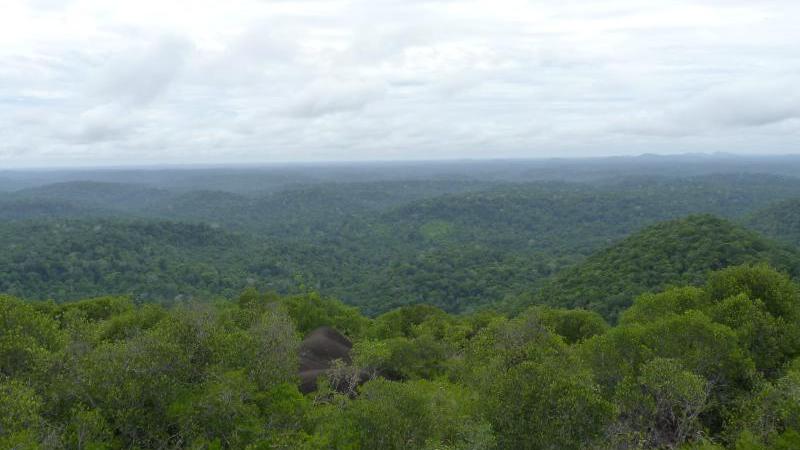 The tropical forest of French Guiana harbours an outstanding acoustic diversity that remains to be discovered. Monkeys, birds, frogs, crickets, katydids and cicadas generate a complex and unique sound system which constitutes an unequalled material for research in systematics and ecology.

French Guiana is a French territory located in South America covered by 90% of Amazonian tropical forest. Intense research in systematics and ecology has been conducted in French Guiyana since the 70's, in particular at the CNRS research station "Les Nouragues" and the experimental site of Paracou managed by the CIRAD. French Guiana harbours an exceptional animal diversity including, among others, about 720 bird, 150 bat, and 130 frog species which vocalisations fill in the day and night soundscapes. In addition to these species relatively well known, an non estimated number of Orthoptera (grasshoppers, crickets, katydids) add their calling songs to the global sound of the forest. The well-known song of the Pihau (Lipaugus vociferans) and dawn vocalisation of the red howler (Alouatta seniculus) are indeed accompanied by a myriad of other sounds emerging from the ground, the understory and the canopy. All these sounds remain to be discovered, analysed and preserved. Combining recordings of both "Species" and "Soundscape" databases, this theme is an invitation to discover a unique place through its unique sound.