Acoustic monitoring of the Pihau, a key species of the neotropical forest 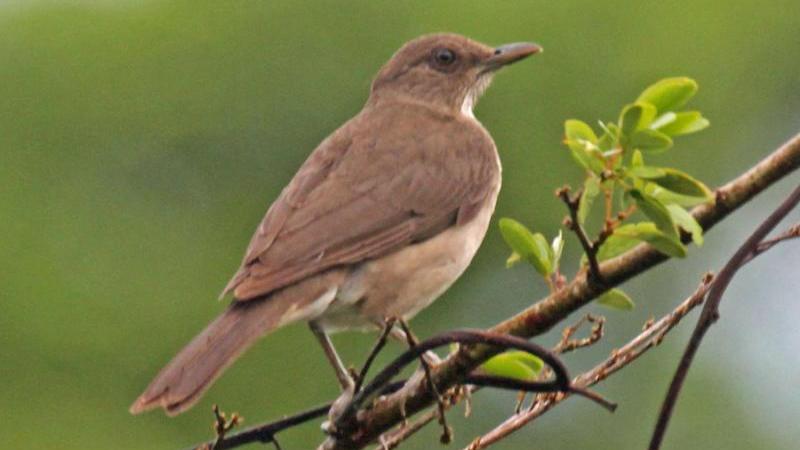 The Pihau is a key bird species of the South American tropical forest. The male produce a loud song all the day long which works as a soundmark of the forest. This species-specific sound can be used to monitor population along both time and space scales.

The soundscape of the tropical forest is highly heterogeneous but some sounds emerge from this complexity. This is particulary the case of the loud song produced by the male of the bird Pihau, Lipaugus vociferans. The clear, long-range and stereotyped song of the Pihau is highly identifiable so that everyone who entered the forest can remember it. The song of the Pihau works a soundmark of the forest. The Pihau is difficult to see because it has a dark plumage and occupies a high position up in the trees. Sound monitoring appears then as an obvious solution to try to localise individuals and therefore to better know the space and time distribution of the populations.

Using a 3D arrays of 24 microphones settled at the CNRS Research station in French Guiana, we developed an algorithm to detect automatically the occurence of the Pihau across 1,000 hours of audio recordings. The resulting data produced for the first time a space and time map of the population found at the Nouragues and highlighted, among others, that the bird selects the intact forest for its habitat, that is vocally active mainly during the day avoiding the dawn and dusk choruses and occupies a position close to the canopy.