Contribution of bioacoustics in systematics of Muscicapa flycatchers 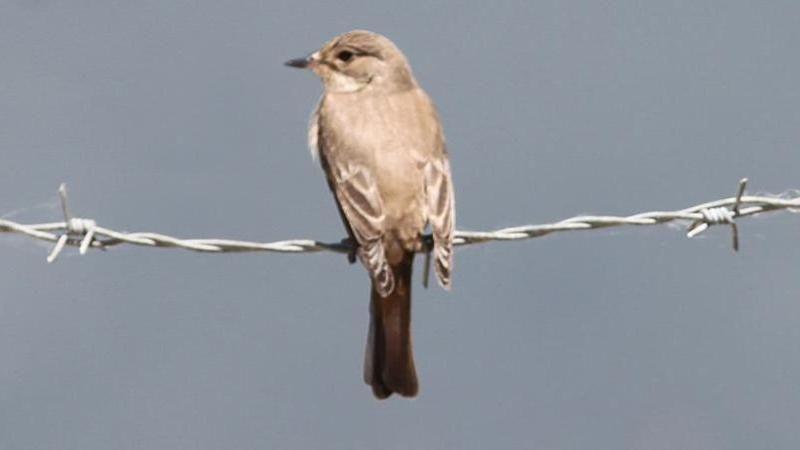 A recent article on the vocalizations of Muscicapa flycatchers in insular context (Corsica) and on the continent confirms the relevance of the taxonomic treatment recommended by MNHN molecular genetic researchers. Incidentally, this discovery is also that of a possible record in terms of use of high frequencies by a songbird.

It is on the basis of relatively minor morphological differences that subspecies have been recognized in the Spotted Flycatcher Muscicapa striata. Recently, researchers at the MNHN were surprised to note a strong genetic divergence between the insular sub-species of Corsica and Sardinia (tyrrhenica, known as Mediterranean Flycatcher) and that which lives in most of Europe (striata). They argue that they may be considered as two distinct species. However, some taxonomic authorities who were aware of this study preferred to stick to traditional systematic treatment, noting that it is essential to analyze several criteria and that additional studies in bioacoustics seemed necessary. Indeed, although the vocalizations of the Spotted Flycatcher have been known and studied for a long time on the continent, Mediterranean Flycatchers vocalizations were poorly known, the bird being sometimes described as fairly silent.

The author traveled to Corsica in May 2017 and was able to study in detail the vocalizations of Muscicapa striata tyrrhenica. At each of the three study sites, all types of vocalizations could be recorded and compared to their continental bird counterparts. Alarm calls seem identical, but the songs, and particularly the nuptial songs, differ markedly, with maximum frequencies reaching 18 kHz in all tyrrhenica studied (> 20 kHz if the harmonics are included). In addition, the structure of these nuptial songs is also completely different, the recordings from Corsica showing frequent descending sounds falling steeply. In some cases, the descending sounds cover a few kHz, but sometimes they span a whole octave. Song frequencies in striata do not generally exceed 12 kHz. These differences may constitute an isolating barrier between insular and mainland populations that either reduces or prevents gene flow.

These results are likely to be taken into account in taxonomy to confirm the species rank of the Mediterranean Flycatcher, which to this date is not yet fully accepted by the entire scientific community.

Incidentally, this discovery is also that of a possible record in terms of use of high frequencies by a songbird. The short, high-pitched sounds of tyrrhenica flirt with the field of ultrasonics. This is probably the highest frequency ever documented in the song of a passerine. These sounds largely escape the human ear and need to be heard at low speed or visualized on sonagrams. It seems useful to recall here the answer given by an American biologist to the question asked on the internet "Which birds have the highest frequency birdsongs? ":" Good question, and I do not have a definitive answer for you. I do know, though that many birds, even very common ones whose songs we think we know well, often have components of their songs that are too high frequency to be heard by humans. So the bird song with the highest frequency is most likely one no human has ever heard.”. It seems that this applies quite well to the song of the Mediterranean Flycatcher, gone unnoticed until now and whose highest frequencies should not have been heard by many people, especially since the sounds are very short, high pitched and falling rapidly in frequency.